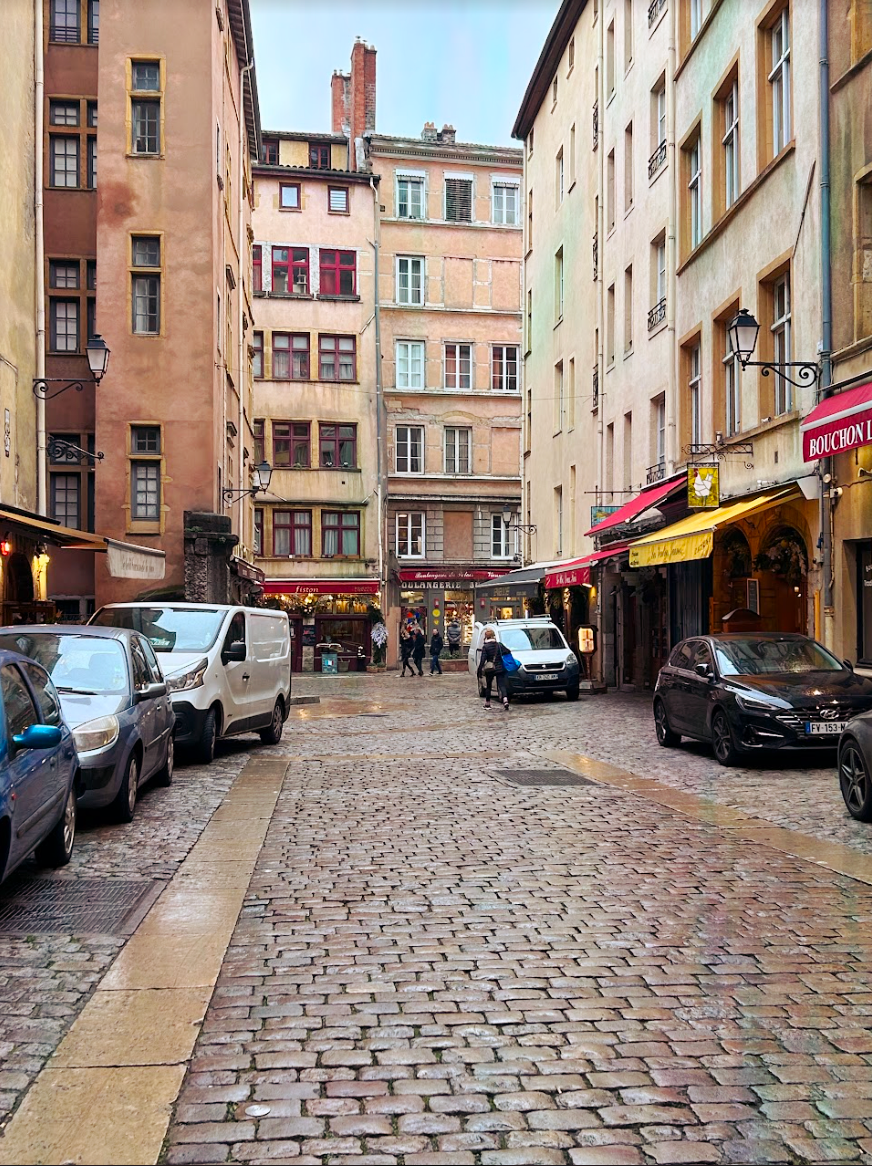 Another goal of the research trip to Lyon was to find a suitable location for a brothel that is featured in several scenes in the next Conor Thorn novel. In 1943, there were several brothels in Lyon. A few were favorites among the German occupiers. Officers of the SS and the Wehrmacht frequented them on a regular basis. I thought it best not to share the photo of the building that will serve as inspiration for The One – Eight, the brothel in the novel, as it is a going concern. The image with this post is that of Basilique Notre Dame de Fourvière and a Lyon street scene. BTW, Lyon is a wonderful city, even in December!