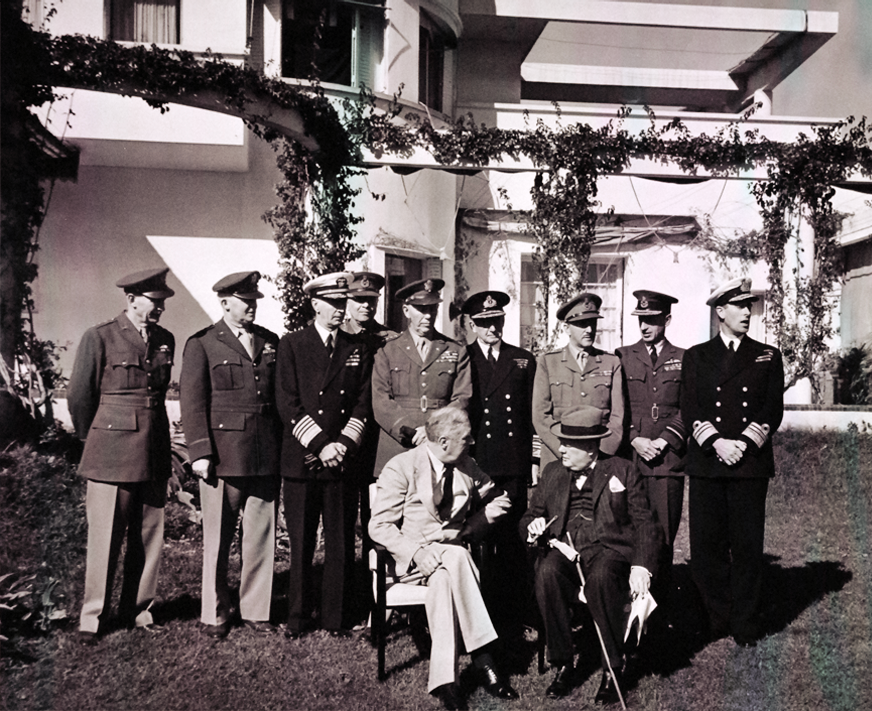 On this date in 1943 the Casablanca Conference began. Attended by President Roosevelt and Winston Churchill and their staffs, it was held two months after the Allied invasion of North Africa. The conference was focused on plans for the next phases of the European campaign. One result of the conference was the agreement on a controversial policy of “unconditional surrender.” For a well-researched history on the conference, check out Meredith Hindley’s book, Destination Casablanca.