Patton at the Rhine 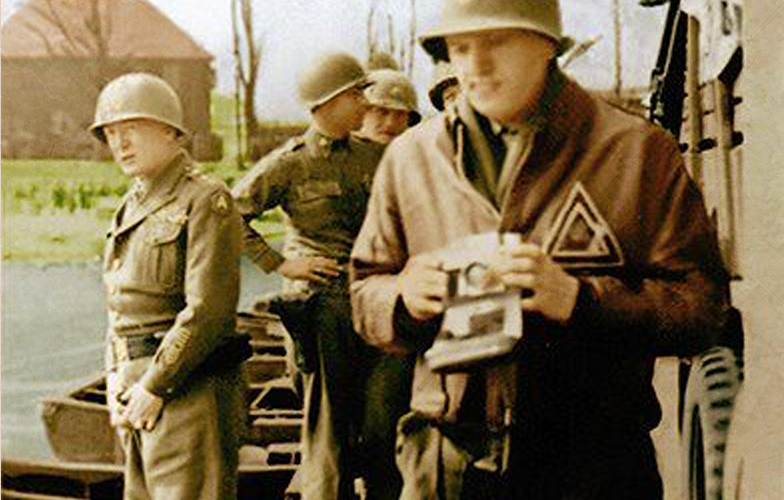 The Allies reached the Rhine River in the spring of 1945. This was a major objective in the Allied push into Germany. Thousands of men, expressing their disdain for their Nazi enemies, took the liberty of peeing in the Rhine. Also taking a moment to relieve themselves was Winston Churchill, General Patton and the entire British Imperial Staff.